The store will not work correctly in the case when cookies are disabled.
Menü
Konto
Skip to the end of the images gallery 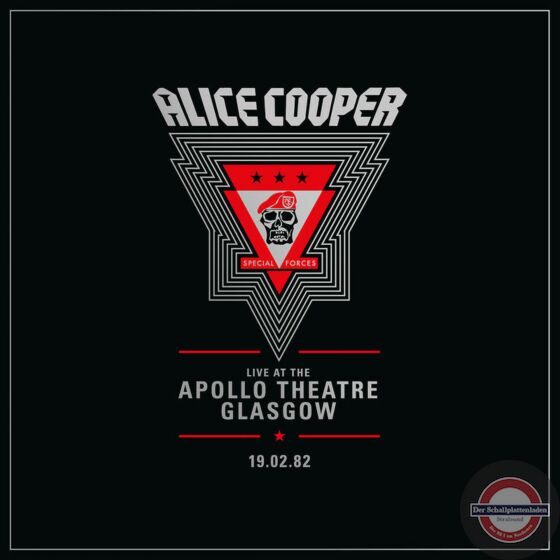 Skip to the beginning of the images gallery

"Classic performance from Alice Cooper recorded live from The Apollo theatre Glasgow, Scotland, Feb 19, 1982 on his ""Special Forces Tour"".  This recording is largely unreleased with only three tracks - ""Who Do You Think We Are"", ""Under My Wheels"" and ""Model Citizen"" - being previously released as 12"" B-sides in 1982, and have not been available since. Strictly limited to 7000 copies.